NO PURCHASE NECESSARY. A PURCHASE OR PAYMENT OF ANY KIND WILL NOTINCREASE YOUR CHANCES OF WINNING.

1. Eligibility: The TransPerfect 2021 Squares Grid Promotion ( “ Promotion” ) is open only to permanent, legal United States residents who are physically residing in one (1) of the fifty (50) United States (and/or the District of Columbia) (excluding Puerto Rico, Guam, the Virgin Islands and other United States territories), and who are at least eighteen (18) years old at the time of entry. Officers, directors, and employees of Sponsor (as defined below), members of these persons’ immediate families (spouses and/or parents, children, and siblings, and each of their respective spouses, regardless of where they reside), and/or persons living in the same households as these persons (whether or not related thereto) are not eligible to enter or win the Promotion. Participation constitutes entrant’s full and unconditional agreement to these Official Rules and Sponsor’s decisions, which are final and binding in all matters related to the Promotion. Winning a prize is contingent upon fulfilling all requirements set forth herein, including compliance with these Official Rules. The Promotion is subject to all applicable federal, state and local laws, and void where prohibited.2. Sponsor: The Sponsor is: TransPerfect Translations International Inc., a New York corporation, 1250 Broadway, 32nd Floor New York NEW YORK 10001 (“TransPerfect” or “Sponsor”).

5. How to Enter: To enter the Promotion, during the Promotion Period, visitwww.transperfect.com/MCBsquares.com (the “Website”), and follow the links and instructions to complete and submit the entry form, which includes (1) providing your full name and a valid e-mail address and (2) choosing a square on a TransPerfect 2021 Squares Grid (defined below) (the “ Entry” or “Entries”). Once you choose a square and submit your Entry, it cannot be modified or changed. If you choose to submit your Entry via your web-enabled mobile device, data rates may apply. See your wireless service provider for details on rates and capabilities. All Entries become the property of Sponsor and will not be acknowledged. Each entrant may only submit one Entry during the Promotion Period. Any attempt by any entrant to obtain more than the stated number of Entries by using multiple/different email addresses, identities, registrations and logins, or any other methods, will void all of that entrant’s Entries and that entrant may be disqualified. Use of any automated system to participate is prohibited, including by script, macro or other automated means and will result in disqualification. Entries that are incomplete, garbled, corrupted, fraudulent, or unintelligible for any reason, including, but not limited to, computer or network malfunction or congestion, are void and will not be accepted. In the event of a dispute over the identity of an entrant, the authorized account holder of the email address used to register will be deemed to be the entrant. The “authorized account holder” is the natural person assigned an email address by an Internet access provider, online service provider or other organization responsible for assigning email addresses for the domain associated with the submitted address. Each potential winner may be required to show proof of being the authorized account holder. Entries received after December 29, 2021 at 11:59 PM EST will not be eligible for the Promotion. Sponsor’s computer shall be the official time-keeping device for all matters related to this Promotion.

8. Prizes: A minimum number of forty (40) prizes will be eligible for award in this Promotion. In the event that Sponsor utilizes ten (10) or less TransPerfect 2021 Squares Grids, all Squares Grid Winners up to forty (40) in number will be eligible to receive one of the following Prizes, selected by random drawing pursuant to section 7 of these Official Rules: 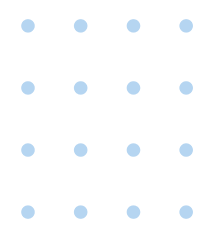